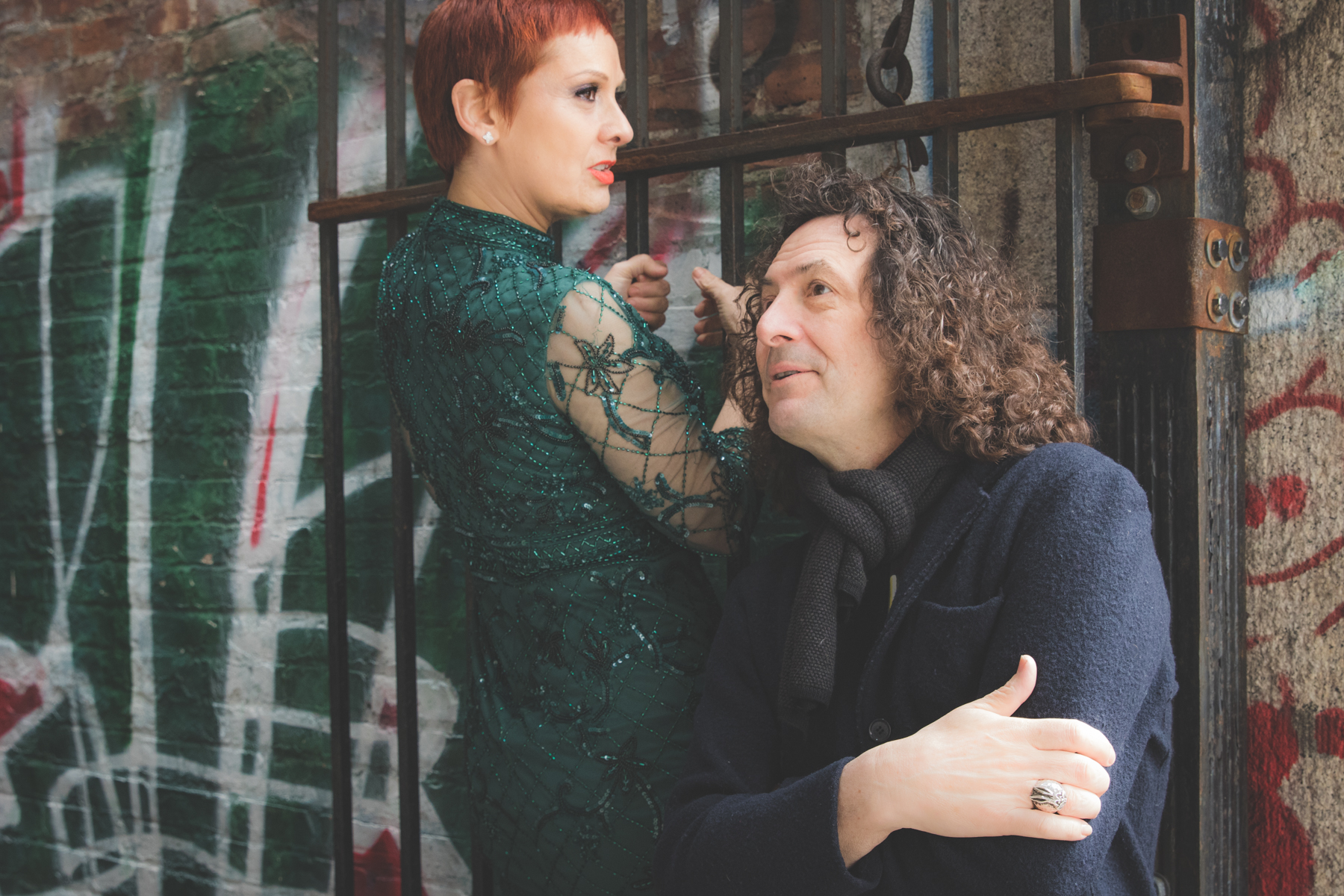 THE EMPATHIA JAZZ DUO
FEAT. GIOVANNI FALZONE (TRUMPET) will present their first ITALIAN DATE OF THE “COOL ROMANTICS TOUR 2018”
Made up of  vocalist MAFALDA MINNOZZI and New York guitarist PAUL RICCI, the duo has recently returned from a 3 month tour  in the United States playing to packed houses in some of the world’s most important jazz clubs!

On April 7th the two artists will be joined on the stage of the Milano’s prestigious Teatro Fontana, with eclectic Sicilian trumpet player and leading figure in Italian and European jazz, Giovanni Falzone.

Minnozzi and Ricci are returning from an extended tour in the United States which began in January with a sold-out audience at NYC’s legendary Birdland followed by other sold-out performances in  jazz venues such as the Mezzrow, the Jazz Forum and Trumpets in New Jersey. The Cool Romantics Tour moves to Europe where a calendar of concerts organized by Marco Bisconti’s MBM Management is underway. After the Milanese debut, the duo will premiere the show in Bremen, Germany, participating in the prestigious Jazzahead Clubnight on April 21st.

On the stage of Milano’s Teatro Fontana, a meeting place for the arts located in the heart of the Isola district, the duo will be supported by the artistic underlining of trumpeter Giovanni Falzone, a musician with an irrepressible personality, in a repertoire that hovers between samba, bossa nova, swing, and blues  in unmistakable interpretations of the great composers ranging from the poignant reading of “Insensatez”, by Antonio Carlos Jobim, to the sly musical swing created in “Via Con Me” by Paolo Conte and a spirit charged version of  “Triste Sera” “by Luigi Tenco.

Mafalda, multi faceted interpreter of international stature, sings in her native Italian, in English (“Dindi”, “My Shining Hour”), in French (in a bluesy rendition of “Nuages” by Django Reinhardt) and in Portuguese, although the true language eMPathia is the one created by the dialogue between her voice and the guitar of Paul, whose lines travel through the registers to accommodate the trumpet of Falzone, in an increasingly effusive soundscape.

Vocalist Mafalda Minnozzi’s over 20 year career in Brazil has earned her the title of ambassador of Italian music as well as celebrity status there where she began  working together with Ricci in 1996. Since then, many artistic collaborations between them began resulting in their current project. The vocalist has collaborated with Martinho da Vila, Milton Nascimento, Toquinho, Paulo Moura and Nico Assumpção, while Ricci has played with Roy Haynes, Kenny Barron, Bebel Gilberto, Astrud Gilberto, Mino Cinelu, Randy Brecker, Sonny Fortune, Manolo Badrena and the legendary Harry Belafonte. Referring to Minnozzi, the music critic Gerlando Gatto wrote: “… Mafalda is a truly cosmopolitan artist who sings in different languages ​​with full mastery of them and extreme ease … She brings to mind Caterina Valente …”